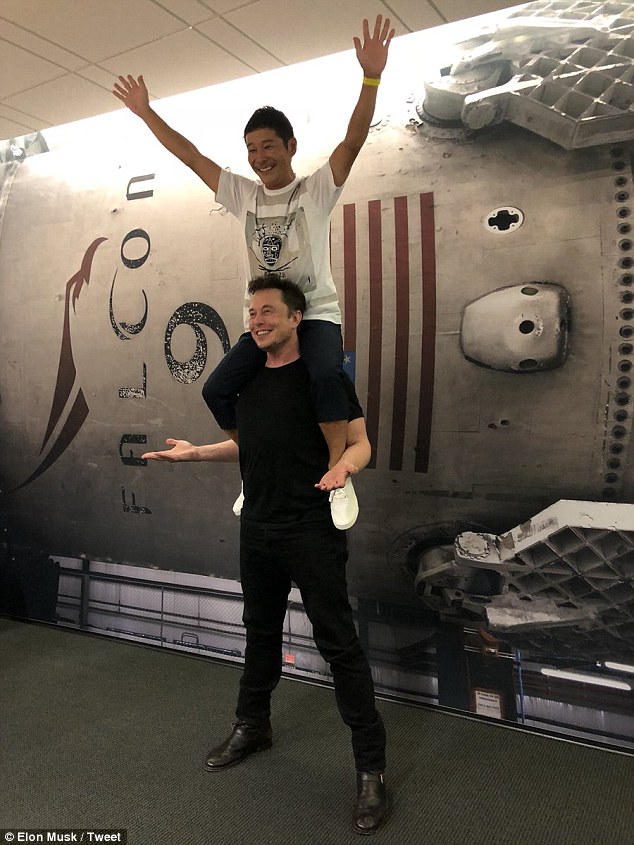 A Japanese billionaire and online fashion tycoon, Yusaku Maezawa, will be the first man to fly on a monster SpaceX rocket for an approximately seven-day trip around the Moon as early as 2023, and he plans to bring six to eight artists along.

Maezawa, 42, will be the first lunar traveler since the last U.S. Apollo mission in 1972. He paid an unspecified amount of money for the privilege.

Before he became a billionaire fashion entrepreneur, Yusaku Maezawa was an indie rock band member who decided to skip college ‘after seeing all the tired faces on my morning commutes’ in Japan.

Maezawa is chief executive of Japan’s largest online fashion mall, and is the 18th richest person in Japan with a fortune of $3 billion, according to the business magazine Forbes.

He is the founder of ZOZO, a global company based in Japan where people can buy clothing online.

This Site Is Protected By
Shield →