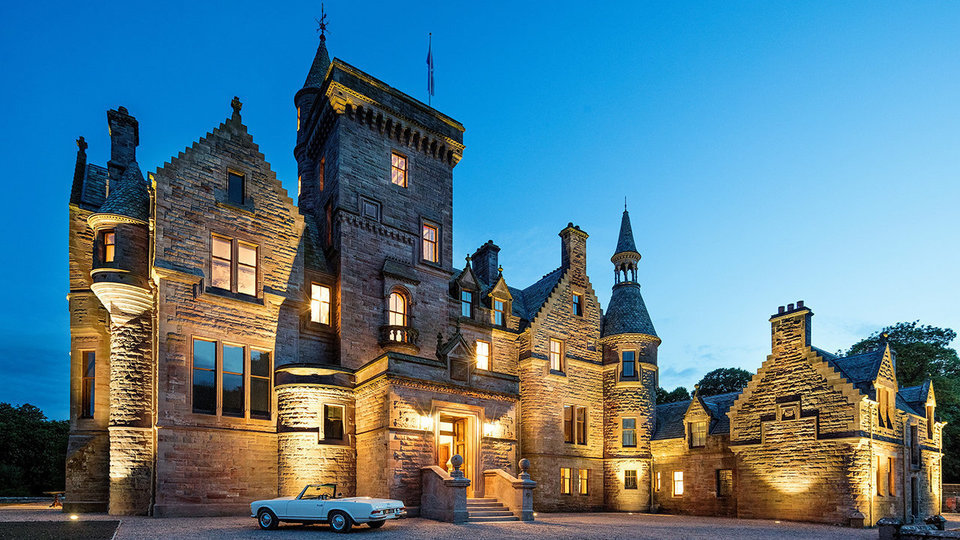 A sprawling Scottish Baronial castle that’s been on the receiving end of meticulous renovation by its interior designer owner is ready for a new proprietor.
Known as Crawfordton House, the 1865 castle—complete with crow-stepped gables, turrets and a four-story square tower—hit the market in July, according to Nick Ainscough, associate director at listing agency Rettie & Co.
For over 60 years, the building served as a school, but was purchased by Hong Kong-based interior designer Kenneth Ko in 2013, who is interested in the restoration of historic buildings, Mr. Ainscough said.
Permission has already been granted to add six further bedrooms along with a game room, an additional sitting room and a cinema room, according to the listing brochure.
Sitting on 33 acres in the village of Moniaive in southwest Scotland, Crawfordton House was built by Edinburgh-based architect Peddie and Kinnear, for Sir George Gustavus Walker, a politician.
Read and see more at Mansion Global….