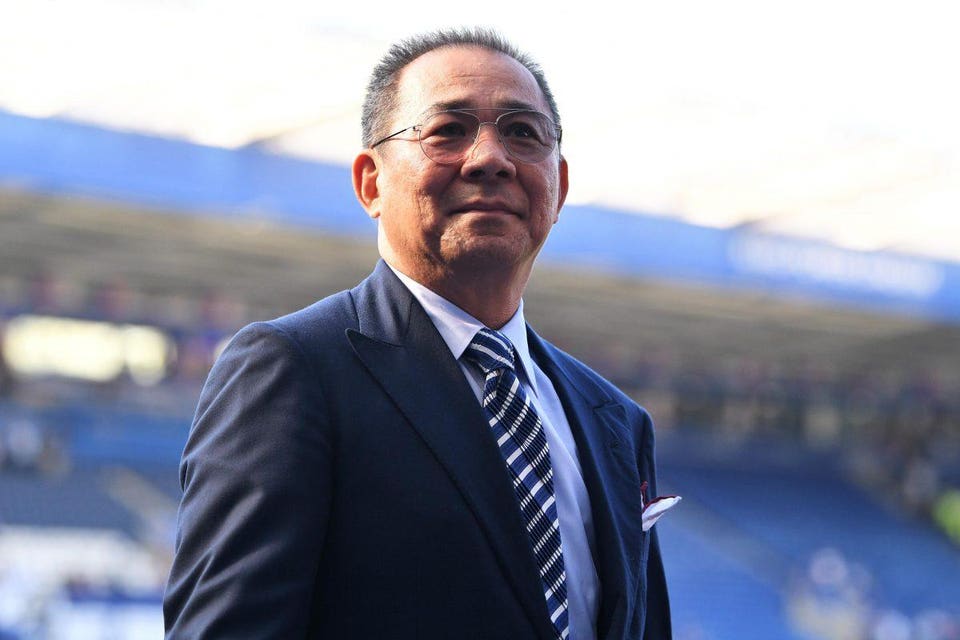 The duty-free tycoon and owner of Leicester City, Vichai Srivaddhanaprabha, died in a helicopter crash outside of the club’s King Power Stadium following the Foxes’ Premier League match on Saturday night.

Billionaire Vichai, 60, and four other people were killed when the helicopter they were traveling in crashed in a car park just outside the stadium shortly after taking off from the pitch. On Sunday evening, Leicester City confirmed the loss of its owner.
“It is with the deepest regret and a collective broken heart that we confirm our chairman, Vichai Srivaddhanaprabha, was among those to have tragically lost their lives on Saturday evening when a helicopter carrying him and four other people crashed outside King Power Stadium,” the club said in a statement.