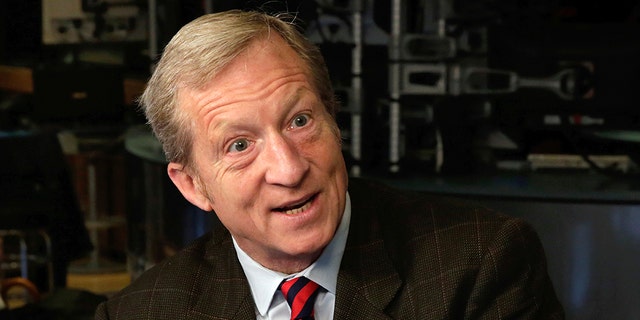 Trump derided rival billionaire Tom Steyer as a “wacky” and “crazed & stumbling lunatic” on Sunday, after Steyer — who was one of the prominent liberals to receive a threatening suspicious package last week — said he “absolutely was blaming” Trump for creating an atmosphere in which “anything can bubble up, and anything is bubbling up.”

Steyer fired back quickly, writing that Trump’s comment was “unthinkable … in the midst of the horrible political violence.”

The Twitter conflagration erupted after Steyer’s wide-ranging interview with CNN’s “State of the Union,” in which the hedge fund manager called Trump “corrupt,” and accused him of “the most abject dereliction of duty in the history of the country” by “willingly putting Americans in harm’s way” because he has dismissed a major United Nations report on global climate change.