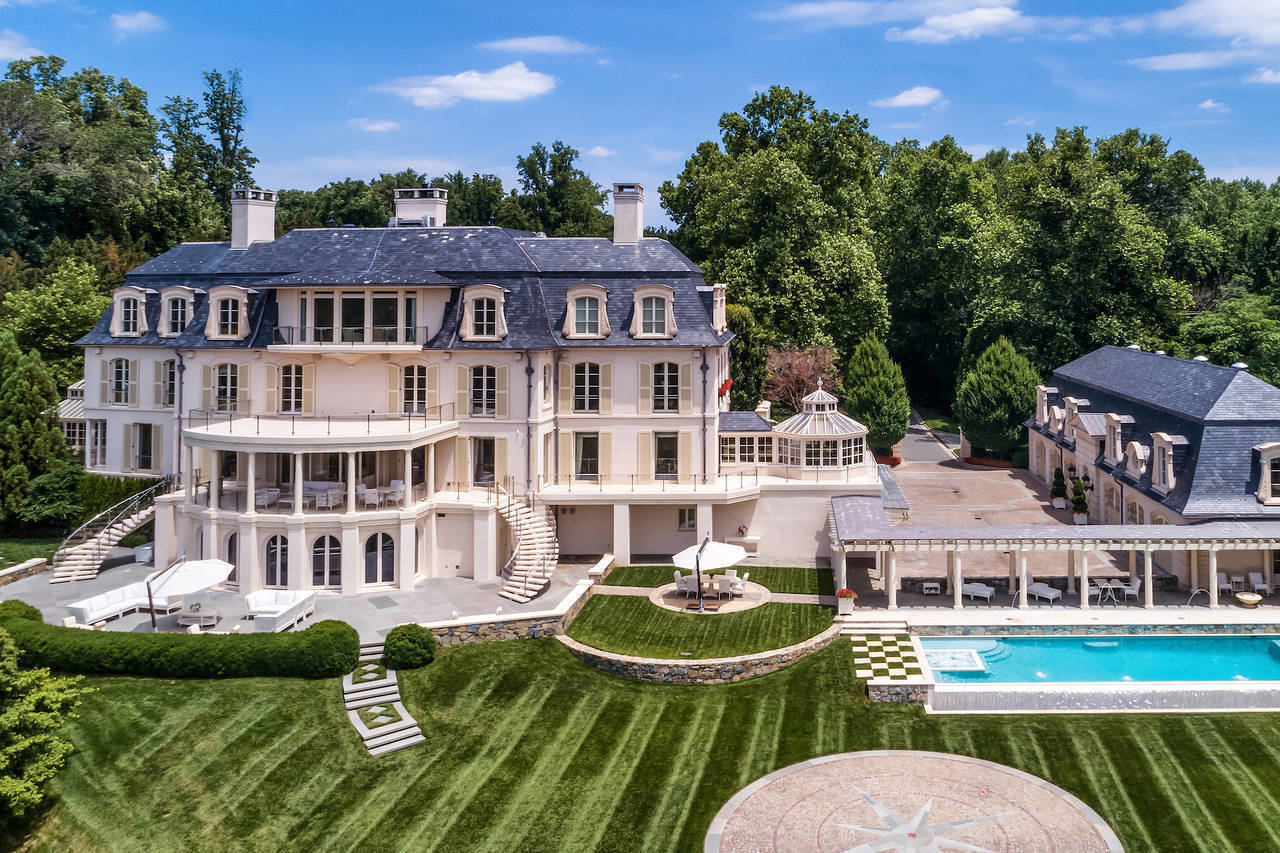 Washington Redskins owner Daniel Snyder has listed his Potomac, Md., mansion for $49 million, according to the Wall Street Journal.

He built the house from scratch, shipping in limestone from France for its facade, according to listing agent Michael Rankin. The approximately 30,000-square-foot main house, completed in 2004, has zinc gutters and a slate roof. It has two solariums—one serves as a breakfast room, the other is used as a gym. It also has a large double-height drawing room, a formal dining room, a wine cellar, a library and a restaurant grade kitchen for entertaining.

He and his wife purchased the Potomac property in 2001 from a trust created for the family of Queen Noor of Jordan for $10 million. The main building, out of three, is 13,000 square feet and sits upon a 13.6 acre site. It is this tree-lined property that became the center of controversy when at least 130 trees were cut down and some statements regarding this controversy in the City Paper article are cited in the defamation lawsuit. His lawyer asserts that this was done lawfully and completely above board, but there are some interesting questions regarding how much favoritism he received.
Though he is asking $49 million for the estate, everywhere we look the estimated value is just $1.5 million. Quite a profit, we must say!
Read more at….
Washington Redskins Owner Selling House For $49 Million