William “Beau” Wrigley II, former CEO of the Wrigley confectionery company, and an heir to the Wrigley fortune, has been named CEO of Surterra Wellness, an Atlanta-based medical cannabis company. Wrigley joined Surterra as chairman in August, when his family’s investment vehicle, Wychwood Asset Management, led a $65 million funding round.
Founded in 2014, Surterra is licensed to operate in Florida and Texas. In September, Surterra announced it was licensing singer Jimmy Buffett’s “Coral Reefer” brand for a line of products including marijuana vape pens, edibles and lotions.

Read more starting at ‘Earlier this month, Surterra raised another $54.6 million, according to filings’ at…..
Wrigley heir tapped to lead Atlanta cannabis company

Most of the homes on the property are used by the property’s staff, though it is thought that a buyer might renovate one of them or build a new home to live in, Pohrer told the Journal.

He also said Wrigley initially wanted to turn the property into an equestrian facility to breed horses for derbys, but decided to sell instead. Ocala, where the property is located, is known as the horse capital of the world and home to one of the biggest horse shows in the US.

‘At this point he said he’d rather let someone else bring it to its full potential,’ Pohrer explained. Cattle currently live on the property, but they aren’t included in the sale.

The reduced price is more similar to other properties in the area. Another well-known equestrian farm nearby, Padua Stables, is also currently on the market for $17.9 million.

Read and see much more about Wrigley’s Ocala Property that is for sale here. 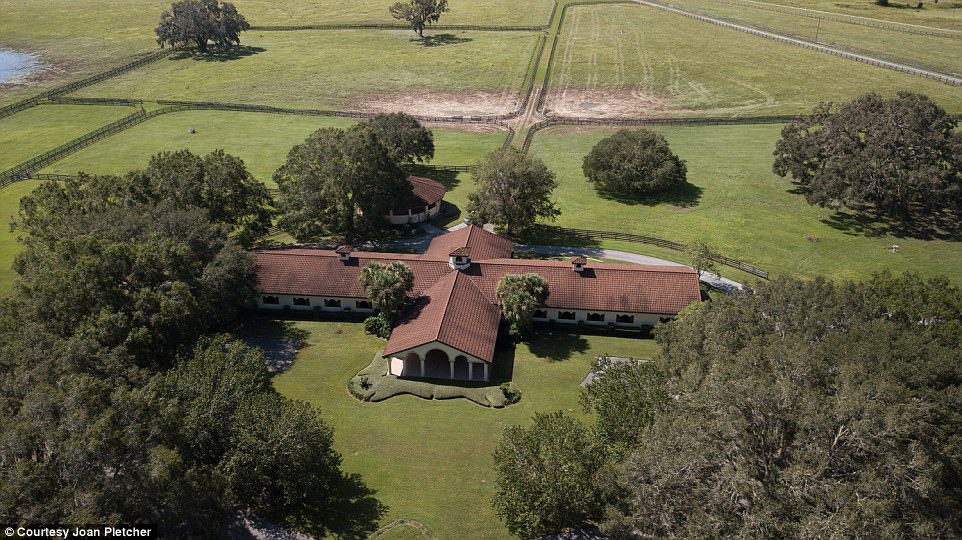